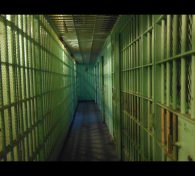 Anabelle Medina’s suggestions were powerful. She lived on the outskirts of town in a bedraggled, paint-peeling farmhouse with her father, persuading the chickens to never stray too near the coyote fields. When the mourning gaze of her father seemed perpetually glued to the floorboards, Anabelle would say “Chin up, Papa,” and miraculously, as though invisible puppet strings yanked his whiskers, Papa’s chin would rise.

When Anabelle first went to Sunday markets after her mother died, the corn vendor noted her glossy black hair and manicured nailbeds and assumed she came from a wealthy area of town. He tried to sell Anabelle eight husks of corn for too many pesos, but Anabelle simply said, “Don’t you believe your prices are high?”

The squat man paused, tilted his head, found his vocals tugged. “You know, I think you’re right.” Anabelle offered a nod of appreciation and bought the bundle of corn for less.

Her abilities proved especially useful when the Ripening Gang voyaged nearby. The RG kidnapped women off street corners to provide wives for each member. Their leader, Jaccon Diesel, desired nothing more than jingling pockets of stolen gold and a perfectly tempered wife dogging his footsteps. Rumors quickly circulated throughout Anabelle’s town that the RG was camped in the foothills. When thirteen-year-old schoolgirls began disappearing by the pairs, the villagers knew Jaccon Diesel’s men were on the prowl. “Be careful,” teachers and parents told their girls, who whimpered, bit their cuticles, and asked boyfriends to walk them home. Those boyfriends sometimes vanished like puffs of steam.

Anabelle, who had abandoned school at seventeen to work as a town seamstress, finished altering a wedding dress long after the sun had melted into the black hills. Her shoes clicked against flagstones and then muffled in dirt when she started across the high grasses toward home.

A rustling noise. Two shapes stalked toward her, holding ropes and knives that glinted in dim starlight. “I don’t think I am worth kidnapping,” Anabelle called, “but do what you must!”

The shapes halted, as if electrocuted. One scratched behind his ear, tiny prickles of doubt crawling down his head like fleas.

“You know,” the ear-scratcher said, turning to his companion, “I think we’d better leave this one alone.” Anabelle nodded approval, grabbed the tails of her skirt, and marched home.

Later that week, after the twelfth girl’s face had been stamped on missing posters at supermarkets and local milk cartons, Anabelle came home to find the mayor sitting in her mother’s old rocking chair while her father hesitated nearby with a plate of stale crackers. At first, Anabelle could not understand why her father’s face had morphed from a sullen gray to a rigid pink, but then she heard a cough near the doorway.

The Puebla governor, a face she had only seen in printed newspapers, stood grinning in the corner, thumping his chest after choking on a cracker.

“Anabelle, Anabelle,” the governor said amiably, closing the door with a snap so that only fading sunlight filtered through the ripped curtains. “Sit down, beautiful.” He licked the crumbs off his fingers. Anabelle noticed a glinting gold watch on his wrist. She cocked her eyebrow, gestured toward the empty sofa, and said, “Please, the honor is yours. Yours too, Papa. Sit.” There was a click of silence. The two men, Papa casting his plate on the coffee table, collapsed onto the cushions, stiffening when their shoulders brushed. After a moment, a boom of laughter erupted from the governor’s lips.

“Well, I guess the rumors are true,” he said. “She’s a persuasive thing! What is it, beautiful? The smooth sweetness of your voice? The way you look at men? A certain aura? Ah, anyhow…” He didn’t wait for her response. Both Papa and the mayor tilted their faces toward him. “Anabelle, however you do it, I want you to do it again tomorrow night on the corner of Avenida Casa near the saloon. I want you to persuade a member of the RG to kidnap you.”

Papa fidgeted nervously. Anabelle said, “You mean for me to convince Jaccon Diesel to hand himself over to you?” The governor nodded. “What will I get in return?” When the governor offered a thousand pesos, she put a hand on his wristwatch and said, “No. I want this house remodeled. I want better insulation. I want a cook for my father.”

The governor agreed, so long as Jaccon Diesel delivered himself to the Pueblo prison before a fortnight had passed, so long as Anabelle convinced the Ripening Gang to return all girls to their proper families without further harm. Then he and the mayor left, casting dust motes in a havoc and Papa in sniffles.

The next night, Anabelle gave Papa a kiss on his throbbing temple, telling him to stay calm until she made it home again. Then she trooped to Avenida Casa, sat on the curb, and waited for two figures to bloom into solidity from beyond the midnight high-grasses.

They did so, faltering near the field’s edge.

“Aren’t you going to sweep me off my feet?” Anabelle called. The men lurched forward. One grabbed Anabelle and hauled her over his shoulder. He carried her to a ridge in the foothills where small campfires spit ribbons of black smoke into the sky. There, Anabelle suggested he take her to Jaccon Diesel’s tent, who was twirling a knife between his fingers with a skulking frown. Inside the stuffy tent, she told her captor to “Go happily.” The man did so with a loopy smile roping his face. Jaccon Diesel stared and Anabelle spoke:

“Hi, Jaccon. I’m Anabelle. I see the lines crinkling your eyes. You’ve had much trouble in your life. You were abused by your father, and your mother left you to the mercy of his swinging fists. She left you for death. My mother died too, and sometimes I feel as if she cheated me by leaving me with a melancholy father who is so sad and blue it’s as if his soul fled with my mother’s, leaving behind only a gray shell of a body. Of course, my life is not the same as yours. We are all unique, and I can see that your life is especially special. You are really only trying to make a statement to the people who failed you. You crave a wife that might replace your mother, who, even though she left you, loved you dearly. You have not felt that love since her death. You want affection and respect and admiration, and you want all those rich folks and their snotty daughters to understand what you went through as a child as they troop safely to school. So you make it unsafe for them. You steal them and try to give these ragged men something they might cherish. You feel better when you see your men smile after loving a new kidnapped wife. You feel good. Your last desire is to have a wife of your own.”

Here, little tears escaped Anabelle’s ducts. She reached out a hand and stroked Jaccon Diesel’s cheek. He too began hiccupping and crying. She had known he would be hard to persuade, and to do so she would need to summon the extreme depths of her empathy and compassion. When he had acclimated to the feel of her fingertips on his cheekbone, he allowed her to wrap her arms around him. Her lips to his ear, she whispered, “I’m so sorry, love, but I think you should release all of those kidnapped young women. Those who truly love their husbands will come back to them. Admit your mistakes. Repent, and you will be better than your father. I understand. You did this all out of fear and love.”

The next day, Jaccon Diesel bellowed release orders to the camp and paraded his men toward town, where he presented himself to the goggling mayor and delighted governor. He was handcuffed as families throughout the streets rejoiced at the return of their sisters and daughters. Anabelle followed. She had spilled all of her emotions into this one man, all of her love and passion and sympathy and understanding so that, by the time Jaccon Diesel was yanked to jail, her heart had fallen for him completely. Before the officers could thrust him behind bars, Anabelle held out a glinting gold watch. The governor’s mouth popped open in a round, surprised O. He had been missing his watch for days. Anabelle announced that she had stolen it. Shocked, but happy to have his gold back, the governor ordered the sentries to lock Anabelle in with the leader of the Ripening Gang.

They did not need persuading, and neither did she.

Her head held high, Anabelle walked into the jail cell with her love. Together they lived like doves for several years, embracing each other on the hard prison floor, laced together at last.

Mariah Montoya is a speculative fiction author from Idaho. Her short stories have been published in Metaphorosis, Typehouse Literary Magazine, Jersey Devil Press, and others. Mariah’s Middle Grade chapter book, The Very Secret Door In Classroom 19, is available on Amazon.

WHY WE CHOSE TO PUBLISH “Persuade Me”:

Nothing profound here, just a cute and imaginative story with an angle that’s a bit different in its storyline and setting. And sometimes that’s all we need.

I’VE GOT YOUR NUMBER by Munib Haroon

THANKS FOR THE RIDE by Philip Charter

NOT CHESS by Gordon Cash

THE HURT by Chris Dean

PERSUADE ME by Mariah Montoya