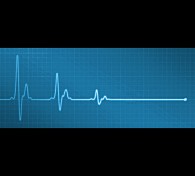 Am I undead? Yeah, I suppose I am.

One day I noticed I’d stopped breathing. No gasping or choking or anything like that. I tried taking a deep breath; I mean you have to breathe don’t you? But it felt kinda wrong so I never bothered doing it again.

The same day I noticed I didn’t need to drink. My throat wasn’t dry or nothing. Patricia brewed me a coffee, made the way only she can make it, and waved it under my nose. A gorgeous aroma to match the gorgeous Patricia. But I had no desire to drink any, so I didn’t.

Three days later and I wasn’t getting hungry in the slightest. Didn’t get all weak like you might expect. In fact, I beat my personal best at the Boston half marathon. One hour eighteen minutes. Suck on that, living people. My finisher’s pack included a bottle of water, but I gave it to Kayleigh as she was in pretty bad shape. Bent over, red face, sweat dripping on the ground.

The benefits of being undead were pretty obvious. Air is free, yeah. Not buying any food or drink saved me loads. I bought the Gibson guitar I’d been lusting after with only three months shopping money. Not needing to sleep gave me another eight hours to play the thing. Did I mention that my hair stopped growing too? Ka-ching!

Everyone wanted to know about me. Doctors stuck me in machines that scanned my brain. They sucked out my blood with their needles and did other doctory things. They asked for urine and stool samples. Told ’em they were too late, hadn’t been to the can in three months, six days, and fifteen hours. Didn’t and don’t miss it. The most abnormal thing they found out about me was that everything looked completely normal.

The top scientists in the world studied me. There were theories, counter theories, and counter counter theories. Whole academic conferences were held all about Zachary Charles Falstaff. That’s little ol’ me. I asked them to call the science of me “Zombology,” and you know what? They did. Women and men with fancy titles stood in front of crowded rooms showing off graphs and tables and all sorts of other scienecy stuff with my name on it. Not even a hint of an answer. Fermat’s Last Theorem’s got nothing on me baby.

Others noticed that I had it made. I can’t count how many folks asked me to bite them so maybe they could be undead too. Nothing doing, all they got from me was stitches.

Now I’m told there’s no sign of me ageing either. Cool. Being undead: the gift that keeps on giving.

Author Ross Clement’s stories have previously appeared in A Story in 100 Words, 101 Word Stories, and he has a publication forthcoming in the next Alternative Hilarities anthology: One Star Reviews of the Afterlife.

WHY WE CHOSE TO PUBLISH “The Gift”

In a mere 450 words, author Ross Clement takes us on a delightfully different jaunt into what many might consider a well-worn story premise, yet he manages to deliver a fresh and amusing perspective and in doing so crafts a solid piece of flash fiction.

THE GIFT by Ross Clement

A TWIST OF FATE by Elizabeth Robyn Stanton